14 Facts About The Iron Lady That Every Indian Must Know

Indira Gandhi or Indira Priyadarshini Gandhi was one of the prime figures of the congress party, a prominent statesperson and a great leader. She held the charge for 11 years and was the second most popular prime minister of India after her father, i.e. Pt. Jawaharlal Nehru.

From assisting her father in the political events to becoming the prime minister and changing the shape of India, here are some of the facts that every Indian should know about our Iron Lady.

Amazing Things In The Universe 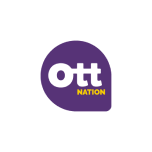